Amsterdam is full of wonderful and beautiful things to see. There’s countless Dutch museums, canal boats to ride, colourful markets to visit including the famous flower market, world-class art galleries, the weird yet wonderful Red Light District, but honestly, we know what millions of people every year descend on Amsterdam for… To have a fun-cannabis-filled weekend.

Although Amsterdam is known as the place with one of the most liberal drug policies, there has to be rules and regulations set in place to keep all of you under control, and to keep Amsterdam running smoothly. The laws are set in place for absolutely anybody you can think of that will come in to contact with cannabis, even coffeeshop owners – not just the tourists! 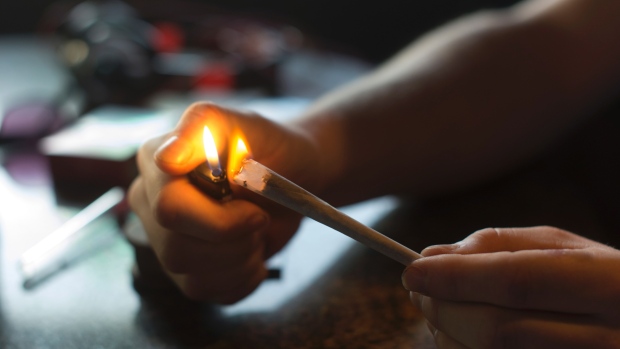 There are roughly 200 coffeeshops in Amsterdam, so virtually everywhere you turn, there’ll be a coffeeshop ready for you.

Legally, coffeeshops are not allowed to advertise, even on billboards right next to the entrance or else owners will be prosecuted. Having said this, they are easily recognisable as they all have a green & white license sticker in the window… And then of course when you enter, the smell and the cannabis menu will be a giveaway.

As the Dutch law states, you must be 18 or over to enter one of these coffeeshops, to purchase cannabis, or to smoke cannabis that may have been given to you. It is also the job of the coffeeshop owner to enforce this rule to prevent them also getting in trouble with the law.

What you may class as one of the more unusual laws of Amsterdam, given that it is legal to smoke marijuana, the smoking of tobacco is illegal in public places.

As in other countries, the tobacco smoking ban came in to place in 2008 and of course, started problems for the cannabis smokers and the coffeeshop owners.

A battle was on going between the government and the coffeeshop owners, and low and behold, lucky for the majority of you reading this post – cannabis remained legal!

The occasional coffeeshop will have a separate room for those of you who mix tobacco in your joints but most just have a total ban, so you have to leave and stand outside if you wish to smoke a whole cigarette. You’ll only get in trouble with the owner if you ignore this rule; it’s easy to sniff it out.

Instead, coffeeshops provide you with a mix to include in your joint if you can’t handle a pure cannabis spliff.

Another law – maybe a little unusual for those who are unfamiliar with Amsterdam – don’t be expecting to wash down your hash with a nice cold pint of Heineken. The selling or consumption of alcohol in Amsterdam coffeeshops is illegal as of 2008, in an attempt to cut down on drug related crime.

“Hard drugs” such as MDMA, cocaine, ecstasy and even hallucinogenic magic mushrooms are forbidden from being sold in coffeeshops.